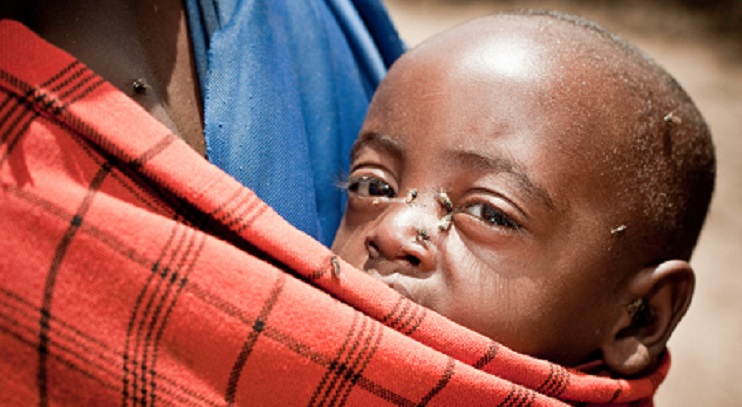 The article WAidid suggests this week, Azithromycin to Reduce Childhood Mortality in Sub-Saharan Africa, was published last April on NEJM.

SUMMARY:
Trachoma-control programs have distributed more than 600 million doses of oral azithromycin in an effort to eliminate the ocular strains of chlamydia, that cause the disease. Azithromycin has been effective against trachoma, although it has caused gastrointestinal side effects and selected for macrolide-resistant strains of Streptococcus pneumoniae and Escherichia coli. There are also evidences of possible benefits of azithromycin for prevention of other infectious diseases (malaria, infectious diarrhea, pneumonia). The results of a case–control study and a cluster randomized trial in an area of Ethiopia, in which trachoma is endemic, suggested that mass distribution of azithromycin might reduce childhood mortality. So, the authors tested the hypothesis that twice-yearly mass distributions of oral azithromycin would reduce mortality in children.
1533 communities in Malawi, in Niger, and in Tanzania were enrolled, based on census information. All children 1 to 59 months of age, who weighed at least 3800 g, received a single directly observed dose (at least 20 mg/Kg) of oral azithromycin or placebo; both placebo and azithromycin were donated by Pfizer, which reviewed the protocol. Children who were known to be allergic to macrolides were excluded.
97,047 children were enrolled in the azithromycin group and 93,191 in the placebo group. A house-to-house census was performed during five prescribed 6-month periods. At follow-up censuses, the vital status and residence information were recorded.
Mortality was 13.5% lower overall in the azithromycin group than in the placebo group (P < 0.001). Children in the youngest age group (1 to 5 months of age) had the highest overall mortality and the largest observed difference in mortality with azithromycin as compared with placebo (24.9% lower with azithromycin; P=0.001).
In a random sample of 250 verbal autopsies, 41% of the deaths were due to malaria, 18% to diarrhea or dysentery, and 12% to pneumonia, with a significant difference among the countries (P<0.001).
20 hospitalizations and life-threatening illnesses were reported, but it was not possible to determine whether any serious adverse event was caused by azithromycin. Nonserious adverse events were difficult to detect, and they were reported less frequently than serious adverse events. No assessment of antimicrobial resistance was made.
The authors highlighted that all-cause mortality was significantly lower (approximately 14%) among children who received a twice-yearly dose of oral azithromycin, compared to those who received placebo. The highest number of deaths and the largest observed effect was seen in Niger.
Azithromycin was most effective among children 1 to 5 months of age, preventing 1 of 4 deaths expected among children in this age group. The Food and Drug Administration has not approved azithromycin for children in this age group, and the World Health Organization does not currently recommend including them in distributions to control trachoma.
This trial did not investigate the mechanism by which azithromycin reduced mortality.
The authors underlined some limitations: 1) little information was collected on each individual child and community; 2) deaths were determined by consecutive censuses; 3) no effort was made to follow children after they moved; 4) with twice-yearly distributions, a child’s first treatment might not have been administered until 7 months of age; 5) although mortality is seasonal, communities were treated in a rolling fashion over each 6-month period; 6) the results obtained in these three geographical sites may not be generalizable.
The authors concluded that further investigation is required to identify specific mechanisms by which azithromycin reduced mortality, and that any policy, that recommends mass distribution of oral azithromycin to address childhood mortality, would need to consider not only cost, but also the risk of side effects, especially the potential for the induction or amplification of antibiotic resistance.