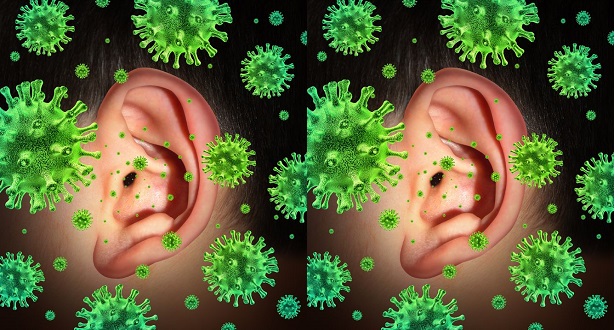 Polymorphisms of Mannose-binding Lectin and Toll-like Receptors 2, 3, 4, 7 and 8 and the Risk of Respiratory Infections and Acute Otitis Media in Children

Acute respiratory infections (RI) are the most common of all illnesses, mainly caused by rhinovirus. They are often complicated by acute otitis media (AOM) in young children. Single nucleotide polymorphisms (SNPs) in genes involved in the innate immunity may result in altered susceptibility to RI. Mannose-binding lectin (MBL) is a pattern recognition receptor of the innate immune system: heterozygous polymorphisms of MBL cause decreased serum levels of MBL, which increase susceptibility to severe infections and, potentially, to RI and AOM.
Toll-like receptors (TLRs) are important pattern recognition receptors acting in the first-line defence: SNPs within the TLR genes may result in altered susceptibility to infections.
The authors report the results of their prospective observational cohort study, which highlighted the effects of MBL and TLR gene polymorphisms on susceptibility to RI, rhinovirus infections and AOM. A total of 923 children, born to Finnish- or Swedish-speaking mothers, between 2008 and 2010, were intensively followed for RI from birth to 2 years of age. Nasal swabs and blood samples for genetic analyses were collected. Data on respiratory infections were received from 369 (97%) children.
Of the enrolled children, 125 (33%) had variant types in MBL, 18 (5%) in TLR2, 149 (52%) in TLR3, 64 (17%) in TLR4, 115 (40%) in TLR7, and 171 (59%) in TLR8.
A total of 3848 episodes of acute RI were recorded. A nasal swab was collected during 2077 acute respiratory infections. Rhinovirus was found to be the sole agent in 1230 (59%) samples.
Children with the MBL variant genotype had a mean number of 59 days with symptoms of RI per year, compared with 49 days in those with wild-type (P = 0.01). None of the other SNPs studied had significant effects.
TLR8 variant type was associated with an increased rate of rhinovirus infections (P = 0.04, 2-fold risk) and recurrent rhinovirus infections (P = 0.02), while TLR7 variant genotype was associated with a decreased risk of recurrent rhinovirus infections (P = 0.02). Genetic polymorphisms of MBL, TLR2, TLR3 or TLR4 had no effect on the rate of rhinovirus infections. None of the TLR polymorphism studied had an effect on the overall rate of RI.
Children with the TLR2 variant genotype had an almost 6-fold risk of AOM and over 3-fold risk of recurrent AOM (P = 0.02).
MBL variant type was specifically associated with an increased risk of rhinovirus-associated AOM (P = 0.03), while TLR7 variant type was associated with a decreased risk of rhinovirus-associated AOM (P = 0.006). TLR3, TLR4 and TLR8 polymorphisms were not significantly associated with AOM.
The authors conclude that MBL and TLR SNPs have distinct roles in the susceptibility of children to respiratory infections and AOM in general, and to rhinovirus infections and rhinovirus-associated AOM.